No items found.
Product is not available in this quantity.
< See All Posts 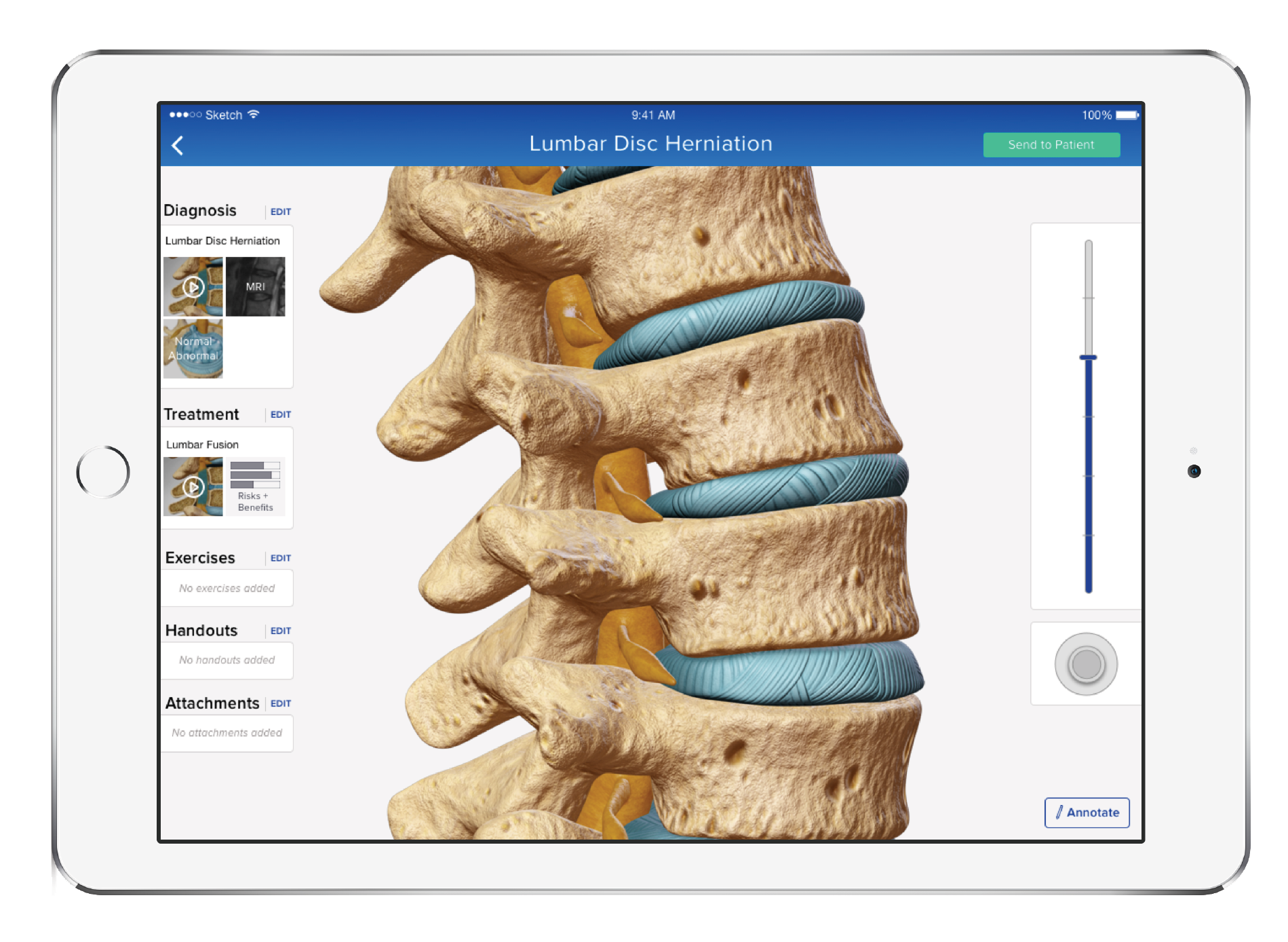 Surgeons face the challenge of educating patients about complex surgical procedures in a timely manner.  Traditionally, surgeons have used educational tools that include pamphlets, models, hand drawings, and complex verbal explanations to communicate the risks and benefits of surgery.  Recently, interactive three-dimensional patient education tools have been used to accomplish these goals of educating patients before surgery.  Because of a lack of education, some patients have a sense of apprehension, seek second opinions, and ultimately do not follow through with a recommendation for surgery.  Our hypothesis is that patient education apps will help educate patients in a way that will alleviate fears and questions, minimize the need for second opinions, and overall result in a higher rate of patients who follow through with the recommendation for surgery.

Before using Orca, 154 patients received the recommendation to have surgery and 120 (77.9%) of them followed through with surgery.  After the Orca apps were implemented, 55 patients were recommended surgery and 51 (92.7%) had surgery.  This demonstrates a 14.8% increase in the rate of retaining patients for surgery after implementing the tools from Orca.

This study demonstrates that Orca’s interactive three-dimensional patient education apps lead to a ~15% increase in helping patients follow through with the recommendation for surgery and subsequent compliance. Improved education about surgery can alleviate fears, minimize the need for second opinions, and ultimately result in a higher rate of patients following through with the recommendation for surgery.

The Impact of a Doctor’s Online Reputation